approximately 80 days before the German elections, it is now finally time for our study on 30 days of German politics in Social Media. Our first study will provide information as by whom and how political parties and politicians are perceived in social networks, blogs and newsfeeds.

We give answers to  questions, for example, who are the most influencing persons and websites,  how often do people  talk about whom, what age structure are prevalent at the relevant parties and who has the highest women's and men's rates.

A comparison of soccer is very interesting: Who would have thought that Mario Gomez with approximately 1.3 million fans has over 4 times as many fans as Angela Merkel has?

But lets look at the genuine political figures from June 2013 in a short overview:

The sentiment was automatically detected by our system. Should this turn out to be too positive or too negative, it affects all people equally. It is also not shown the general sentimtent on a person or party , but the sentiment of the groups that deal with the particular party or person. NPD supporters like to see their party positive for the rest of the world, this is not necessarily true.

You can download this study in pdf-format by registering with you name and email address on the following link:


Here the situation is shown in June across all persons and parties: 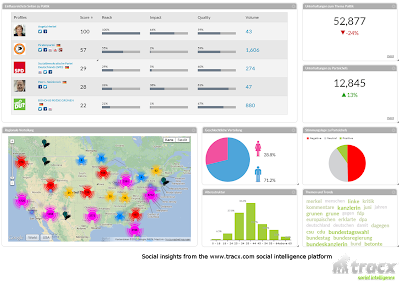 So it was in June at the CDU: 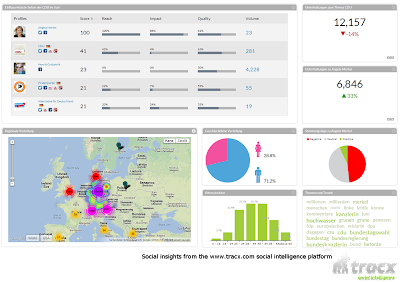 So it was in June at the SPD: 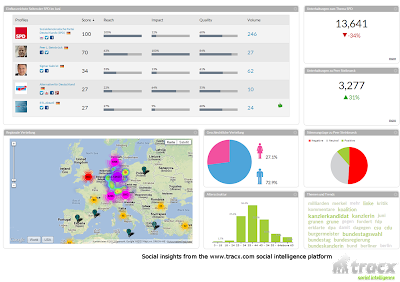 So it was in June at the Greens: 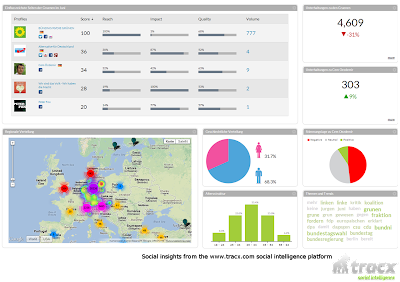 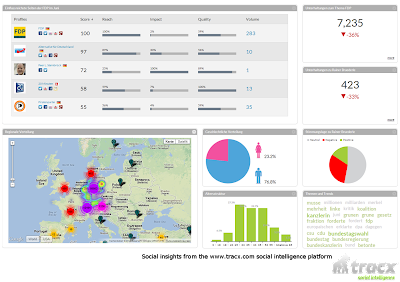 So it was in June at the Liberals:

So it was in June at the Linke: 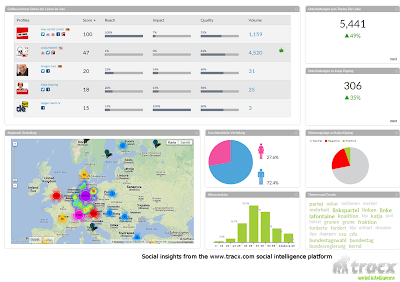 So it was in June at the Piraten: 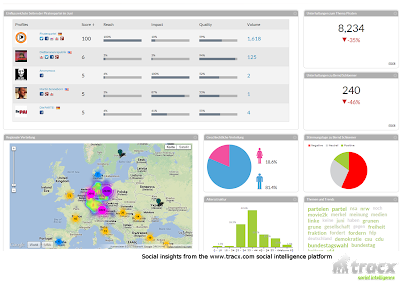 8. 30 days the Wahlalternative (AFD) in June

So it was in June at the AFD: 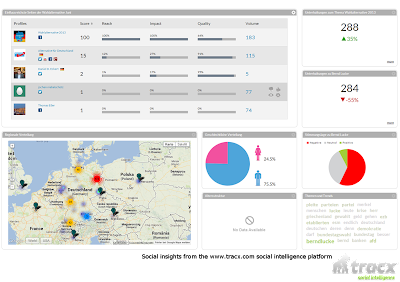 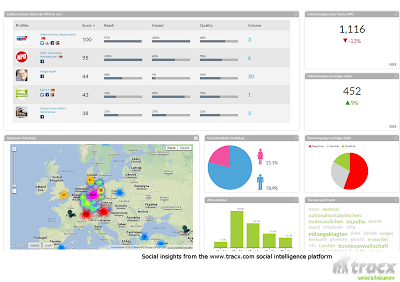 So it was in June at the NPD:

The CSU should not be missed as a sister party of CDU. As it looked in June: 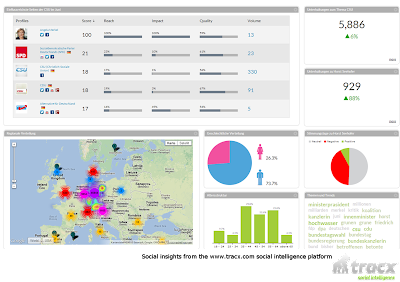 So it was in June at the Freie Wähler: 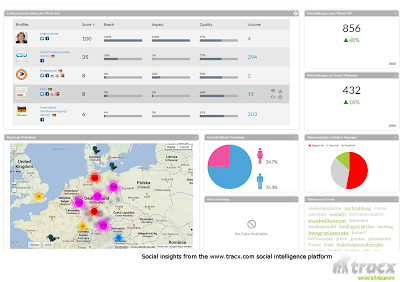 Would the range in social media decide the general elections, we'd have the following result: 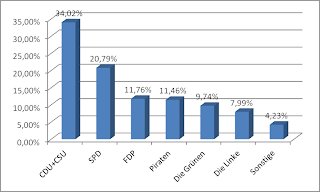 We hope you enjoyed this collection and look forward to your comments and questions. We are grateful for further recommendations and wish you a pleasant day.

Please donate, if you want to support our work and appreciate what we do. We will use your donations to investigate more on the German elections and will update you with deeper analytics and new insights. Thank you very much for your support