German language from a global point of view

today we look into the query of the international spread of german language in social media. For this purpose we focused our search on the, according to wikipedia, most commonly used words.

We performed the scan on german and multilingual posts of the last 30 days. The following figures we found to be particularly interesting:


Globalization is again reflected in social media, as shown by the following map of internation posts with our german keywords (determined using the posts' geotags). 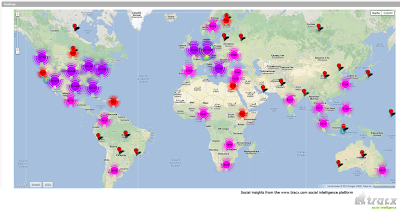 Here you can see the distribution of german posts as declared by their geotags: 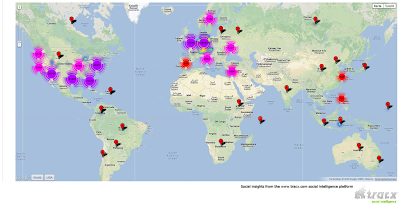 Striking are the differences in Africa , Turkey, India and the Asian region .
Reported german posts are primarily found in Central Europe and the United States.

This shows the conclusion of internation posts in the last 30 days. 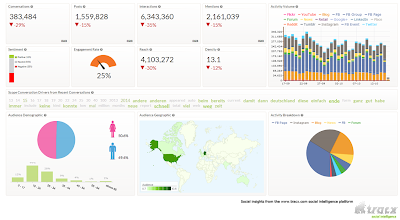 In comparison, the result of the declared german posts. 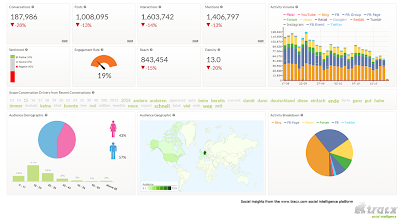 In addition to a lower commitment it is noticeable, that the mood of those identified as German speaking Posts is more negative than regarding international posts. Furthermore it occurs that the U.S. shifts into the background as a source for german posts. At the same time , the platform Instagram massively loses influence, while blogs increase.

Also, the proportion of women is higher in the international posts and even outweighs (50.6 % to 43%). As the interactions increase dramatically , this underlines the thesis that women are more talkative and communicative than men.

The graph shows the distribution of international posts on the various social networks: 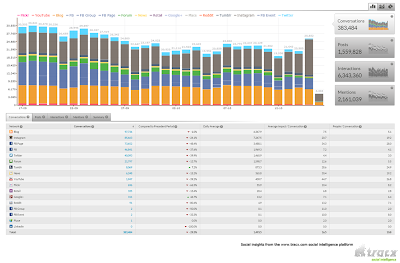 And here is the distribution of German-language posts: 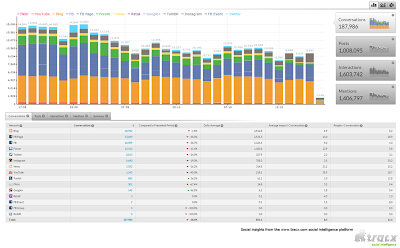 The comparison clearly shows how the proportion of german posts shifts away from Instagram in favor of Facebook and blogs. Images are either less relevant or they are integrated directly in the posts.

We hope that you find this information interesting and welcome your suggestions and questions. We are grateful for further recommendations.

If you like our project, you can help by donating towards our commitment. Thank you to all supporters!